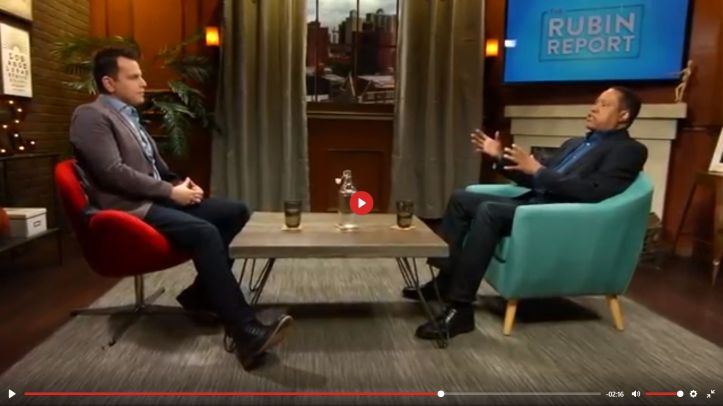 Of all the 100’s of hours of interviews he’s conducted, Dave Rubin cites this 8 minutes as one of his most significant epiphanies.

Larry Elder comprehensively blows to smithereens the whole victim mentality of “institutional racism” as we like to call it in the UK. But the most significant part kicks in at the 6’00 mark.

No one likes to talk about this – neither the left or the right; conservatives or liberals; economists or sociologists; sadly, not even many churches. But the truth is … BLACK DADS MATTER. And not just black dads of course (though it is in black homes that the problem is most acute) but every dad. And not just dads, but dads married to their child’s mother. Look at any prison statistics to see the impact of absentee fathers (even the Guardian reports so!).

As goes the family, so goes the nation. The diminution of marriage through divorce, cohabitation, and now same-sex ‘marriage’; the promotion of sex as primarily about inconsequential recreation than reproduction; the undermining & usurping of parental authority by the state and all it’s agencies; the inversion of child-bearing as a blessing to a curse (resulting from consumerism, careerism and environmentalism);  and the belittling of life itself through abortion